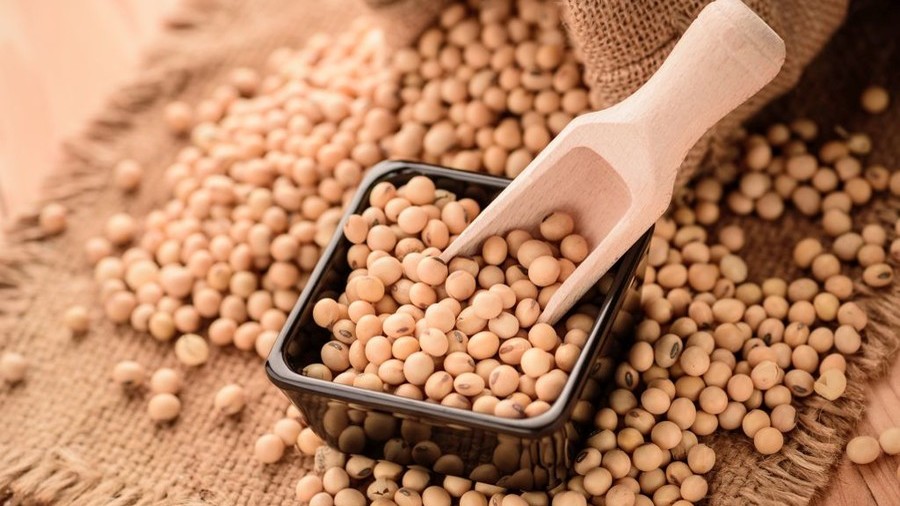 © Global Look Press
The ongoing trade conflict with Washington is forcing China to look for new suppliers of day-to-day produce to the domestic market. Russia is expected to be the answer when it comes to soybeans and other goods.

According to Russian Prime Minister Dmitry Medvedev, the country may partially replace US as the leading exporter of soybeans to China. The nations are also planning to work more closely on deliveries of other agricultural goods, including pork, rice, poultry, fish, as well as developing joint logistics projects.

“Soybeans are in very big demand in China,” Medvedev told reporters Wednesday during his three-day visit to China.

“The Chinese market is huge as they import about 95 million tons of soybeans annually, including 30 million tons from the US.”

China, the world’s biggest soybean importer, is currently involved in a long-standing trade dispute with the US. Beijing is seeking to diversify its food supplies after the volume of year-on-year soybean shipments from its overseas partner shrank by more than 80 percent in September.

“A certain part of the soy market has been made available. We agreed with the Chinese partners to hold a more active presence in this particular segment,” Medvedev said, stressing that the step provides Russia with a good opportunity to boost soybean production.

Over the past 10 years, Russia’s soybean production has been growing, with farmers expected to harvest a record 3.9 million tons in the current season that ends in 2019, Bloomberg reports citing projections by the US Department of Agriculture.

Russia will reportedly ship up to 700,000 tons of the product abroad, which is still significantly less than Brazil, the world’s leading soybean exporter, which may sell more than 76 million tons this season.

Gold skyrockets above $1,600 after Iran takes 'revenge' on US