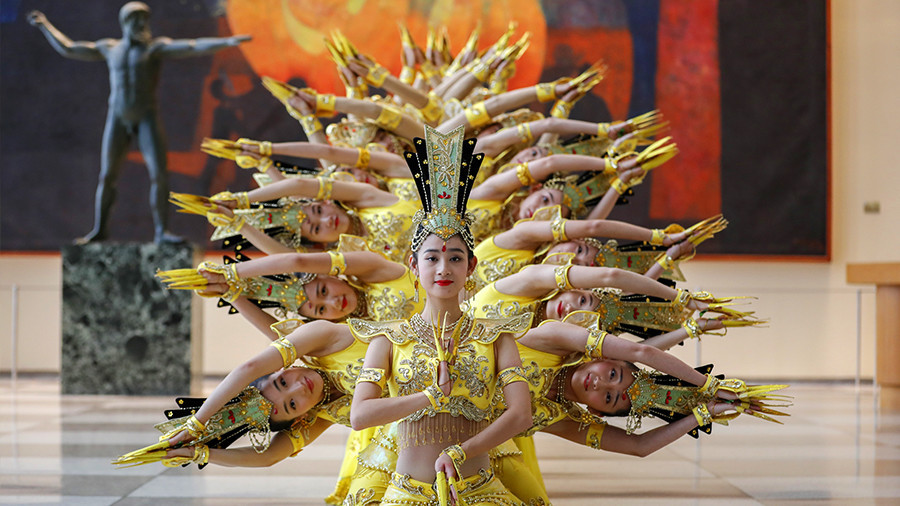 © Getty Images / Li Muzi
The volume of mutual trade between Russia and China may reach $100 billion by the end of 2018 with the figure expected to double in the years ahead, according to Andrey Slepnev, Chief Executive of the Russian Export Center.

“Russia’s exports to China totaled $26 billion in the first half of the current year, marking a 43 percent growth compared to the same period a year ago,” the official said, stressing that the institution expects the figure to increase up to $54 billion at year-end.

According to Slepnev, the partners have managed to boost trade of such goods as wood, metal and chemicals. The volume of agricultural products in the mutual trade reportedly went up one-and-a-half times.

“We are currently developing a number of energy and high-technology projects. A joint enterprise on heavy helicopters is negotiated,” he said. “Cooperation in space and energy sectors is being developed.”

Bilateral trade between the two countries grew by 31.5 percent, reaching $87 billion in 2017. The partners are promoting settlements in ruble and yuan, bypassing the US dollar and other Western currencies amid numerous anti-Russian sanctions, as well as trade pressure placed on Beijing by Washington.

US stocks suffer worst loss in 8 months amid rising interest...