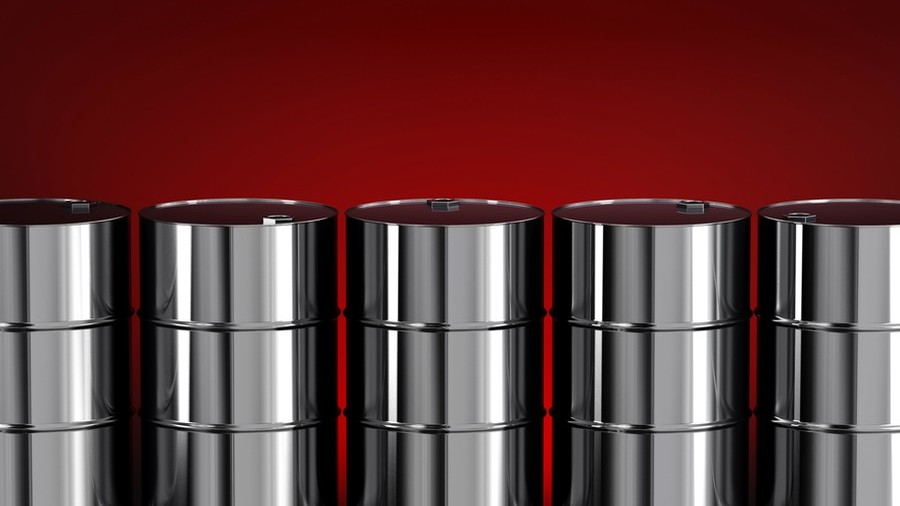 © Global Look Press / Carsten Reisinger
Oil prices have fallen around 15 percent over the past month, and concerns about oversupply have rushed back. OPEC and the US are both adding enormous volumes of fresh supply, threatening to create a bear market for crude.

However, the souring market sentiment could perhaps outstrip what is justified. Goldman Sachs argues in a report that the loss of supply from Iran, combined with thin spare capacity and resilient oil demand will push prices back up. The investment bank reiterated its forecast for Brent to hit $80 per barrel by the end of the year.

Part of the reason that oil traders have grown pessimistic on oil is that demand suddenly looks shaky. Specifically, demand in emerging markets appears weak, particularly as currencies have weakened against the dollar, which has magnified the price shock for consumers. However, Goldman Sachs says that when digging into the data, demand doesn’t seem to have changed all that much. “Our modeling and tracking suggest however that these concerns are likely excessive,” Goldman analysts wrote.

There are a few reasons for this, the bank argues. Oil demand is still growing at a brisk rate globally. More specifically, Chinese oil demand “continues to surprise to the upside despite the ongoing activity slowdown,” the bank said. Also, the impact of higher fuel prices in local currencies in emerging markets “will remain moderate in 2018 and have dissipated by mid-2019 at current oil and USD levels, which are our base case forecasts.”

Moreover, Goldman Sachs is not buying into the notion of a global economic slowdown, although it admits that this area is a little bit difficult to predict.

The recent narrative in the oil market has focused on the tension between the loss of supply from Iran versus higher OPEC production and weaker demand. The resilience of Iranian oil exports, combined with higher OPEC and US oil production, has led to more pessimism regarding prices. Brent has crashed from around $86 per barrel in early October to the mid-$70s a month later.

However, this price correction might only have let some steam out of the market, recalibrating expectations lower, which could create more room to the upside. Goldman Sachs argues that Iranian oil exports will still decline from here, despite the likely issuance of waivers by the United States to some importers. That means that prices might be hitting a temporary low just ahead of implementation of US sanctions on November 5, opening up upside potential thereafter.

“With October high-frequency oil inventory data pointing to a slowdown in stockbuilds globally and Iran production still set to fall, we believe that the market will end up in a deficit in November, setting the stage for a recovery in both Brent flat prices and timespreads,” Goldman analysts wrote.

The most crucial difference between Goldman and some other forecasters is the confidence in emerging market demand. The bank has emerging market oil demand growing by 1.55 million barrels per day (mb/d) in 2018 and 1.45 mb/d in 2019, which is above consensus forecasts. Goldman argues that data in emerging markets is lacking, and demand figures tend to be retroactively revised higher later on. If his is correct, the oil market might be tighter than most people think.

For instance, inventory data in many countries is often missing, so any slowdown in imports is often interpreted as weak demand, when in fact, an individual country might be simply drawing on inventories. This “destocking” doesn’t show up in the data, and market analysts wrongly think that such a country is trimming imports because demand is slowing. Goldman believes that this is occurring in China, where it thinks demand is much higher than the market believes.

Moreover, emerging markets might even recover in 2019, which could result in only a modest slowdown in the global economy, rather than a deeper downturn that some forecasters are eyeing.

Finally, any downturn in prices would likely be met by a cut in production from OPEC. The group seems to have grown more accustomed to higher prices, and now appears eager to put in place a price floor that is much higher than it was a year or two ago. Rather than the $50 or $60 that OPEC was comfortable with in 2017, the new floor might be somewhere around $70.

Going forward, OPEC will likely calibrate production levels to avoid a sharp decline in prices. “Only a large demand shock would push inventories sharply higher and prices sharply lower as the production cuts could not match the velocity of the demand decline,” Goldman argues.

Add it all up, and rather than the beginning of a deeper downturn, oil prices might be hitting a near-term bottom.